Last night, 18 or so of my friends got together for a charity poker tournament to support Team NC. This is not the first charity tournament we’ve done, but we did raise the most money we’ve ever raised! Three hundred and fifty dollars. That is enough to almost pay for one participant’s flight to Salt Lake City next year!

The amount of money raised wasn’t the only unusual thing about last night. The crowd was exceptionally lively, and we had four new people. The four newbies were really interesting guys. They were glad to be there and to support such a good cause! Before the game started, I got a chance to chat for a while with one of them, a guy named Marcos, from Brazil.

Marcos had asked me about my volunteer work and I could tell he was really impressed with what I was doing and how passionate I was. Not only did our group get a new player for a night (and hopefully a friend!), but I think that all four guys will likely join us again.

Our poker group doesn’t always play for Team NC – it’s up to the winner of the previous game to choose the charity for the next. But I always do my best to find opportunities for fundraising. If any of you have fundraising ideas, we are always happy to hear them and help flush them out. We have a decent amount of experience doing this and we understand how challenging these things can be. We are here to offer you all of the help we can.

But back to poker night: after four hours of ups and downs, who but Marcos ended up winning the tournament! Perhaps there was a bit of beginner’s luck involved, as he played with the list of winning card combinations beside him the entire game.

Now the next charity choice will be up him. I wonder if we can get him to choose us? He will if I have anything to do with it. 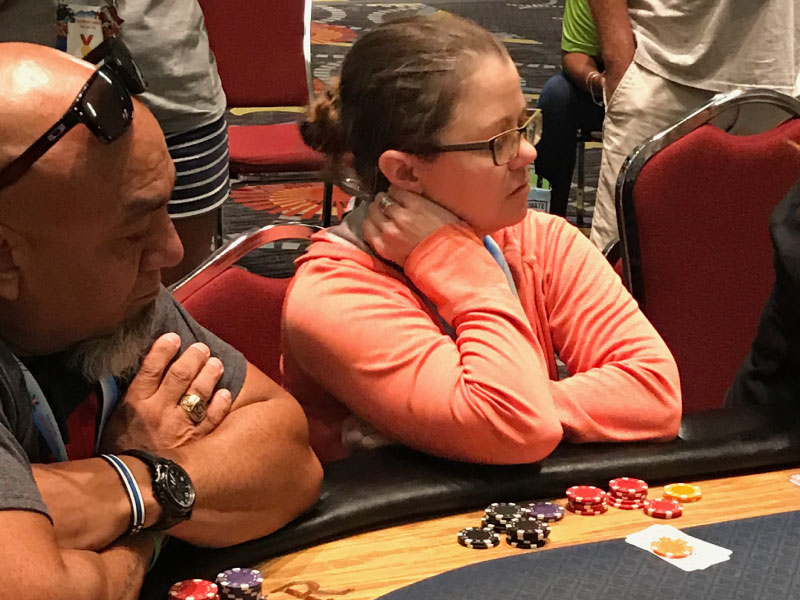 …what an amazingly generous opportunity!